Aquapurge – BBU at the 11th hour

17.00hrs – a wet Wednesday. North of England. I called my contact at the moulder to confirm placement of an order. The receptionist informed me that he was out but would be returning to do an emergency night shift.

Minutes later I had a call from said contact asking me the lead-time on his recent order. I informed him it would be with him on Friday and then enquired to why he was doing a nightshift. He explained they had an urgent job which had been brought forward due to major capacity constraints. It was a light grey PC/ABS cover where contamination is always an issue even after a screw pull.

I thought about it for a minute then said ‘OK I will see you at midnight – and I will save you a screw pull’. He laughed and told me to not talk rubbish.

I grabbed my dinner, a quick nap and then set off for his factory at 22:30hrs. I made very good time as there was no traffic and signed in just before midnight.

My greeting on arrival was more on the lines of ‘What the hell are you doing here?’!!  I explained that I had brought his order from my ‘car stock’ and that tonight we would use BBU on the press and I would guarantee that he wouldn’t have to pull the screw. The look of incredulity on his face said it all…even though we had trialled BBU on a different machine in the first place to gain the order.

Even though the truth hurts, and reality bites often enough in manufacturing, it sometimes takes a good long while to really get the picture.

The previous material was a black PA and the new material was a light grey PC/ABS. I assisted my contact with the clean down and then he purged the screw and barrel with a purging agent from their existing supplier.

Once he was happy it was ‘clean’ we then started the process again with BBU. The look of surprise on everyone’s face – I had a rapt audience at this point – was a picture. “How is that possible….to go from clean white purging compound to dark grey with your stuff?” they asked. Hmmm….good question……

I showed them the carbon through my loop and they couldn’t believe just how much had been removed. We continued purging until our BBU compound emerged coloured white. That assured me that the carbon was now removed. After a total of six starve feeds with the new material  we were ready and the doubting audience was back again in attendance to witness the result.

The first shot was slightly short and covered in mould protection spray but once this was clear the press was up and running again. Only six rejects were counted at the start of the run for contamination. Company QC then passed them off as perfectly good parts.

In the past if this particular company doesn’t pull the screw on this specific job it has a 50% fallout rate – even after cleaning with 25Kg of our competitor’s product.

Now this particular job was a prestige automotive part order, and the reject rate when changing colours from dark grey/black to light grey was simply horrendous.

Prior to BBU and Aquapurge a typical changeover scenario would run something be like this:

Our competitor got wind of us and BBU coming over the horizon and came in to offer press side ‘help’. After some five hours of ‘help’ – and failing big time –  the production manager kicked them off site and told them not to darken his door again.

For this particular case, we purged the barrel with BBU and the hot runner with HR Blitz AF. The company then had a total of twelve rejects at start-up –  then nothing for contamination on the rest of the run

We are confident of further work and further orders – and, thanks to BBU, perhaps that might be the last midnight shift I need to put in (for now).

As was demonstrated at this company, seeing is believing when it comes to BBU purging compound.

And thereby reducing cost, hassle, downtime, scrap, lack of sleep and customer embarrassment is truly worth it to any successful manufacturing business. 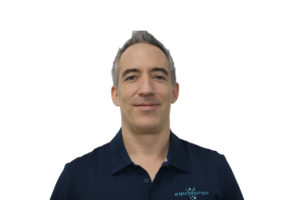