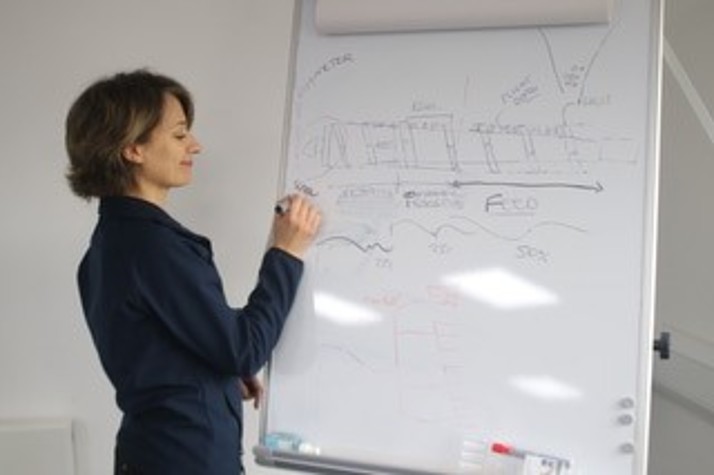 Leading producer of purging compounds, Aquapurge, recently visited its UK distributor, Plastribution, in order to share knowledge and best practice in this area.

The Hayes-based producer of purging compound is a long-standing supplier to Plastribution of its leading brands, such as Barrel Blitz Universal (BBU) and Polyclear.

Company-wide sales manager Donatella Isopi  – pictured here – led the day-long event at the company’s Ashby-De-La-Zouch headquarters: She said that ‘it was a delight to spend time with like-minds in the area of polymer and material supply. We share many issues and also many opportunities. Our time spent together was invaluable – in noting multiple areas where we can pre-empt problems for our plastics processing customers and save them unprecedented amounts of downtime and cost.’

Aquapurge’s BBU and PolyClear purging compounds have seen record sales months in the past quarter of 2019. Over the past three years the company strategy has moved away from research-based activities and further into the sales promotion of its three leading purging compound products. Issues such as Brexit have not impacted on demand for for Aquapurge products such as PolyClear and Barrel Blitz Universal (BBU). The sales growth is based on much word-of-mouth with plastics processing customers reporting dramatically reduced plant maintenance costs, scrap levels, downtime and other burdens on profit.

Aquapurge is intent on being the number one global supplier for purging compound within the next five years. It is accordingly embarked on an ambitious programme of sales recruitment throughout Europe.

The Aquapurge move into its double sized new factory in Hayes, Middx, continues to assist its expansion. The modern factory and office facilities are also enabling the hosting of events such as the recent training day with Plastribution.